Most of the English speaking Catholics living in Agawam for many years were members of the Immaculate Conception Parish of West Springfield.

On September 11, 1938 Mass was celebrated for the first time in Agawam Center in the Old Town Hall at the corner of School and Main Streets by Reverend John A. O'Connell for 135 persons.  When the Old Town Hall was torn down in 1939, the Congregational Church invited the group to share their church with them.  The invitation was accepted and the Catholics celebrated Mass at 9:00am followed by Sunday School which was over by the time the Congregationalists began their services at 10:30am.

This arrangement continued for two years when the management of Riverside Park offered the use of a section of its bowling alley as a chapel.  Meanwhile the Catholic Women's Club became active in raising money to purchase a site for a new church.

In May 1943 a plot of land 173' x 200' on Main Street was acquired.  The Catholic Men's club was organized in January 1944 and also became very active on behalf of the new church effort.

Reverend John P. Shannon was appointed the first permanent Pastor and occupied the Rectory in 1948.  In August 1954 Reverend George A. Egan became the first associate Pastor. 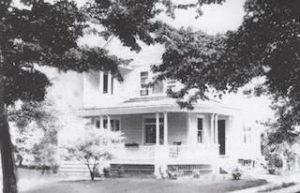 The Old Rectory on Main Street 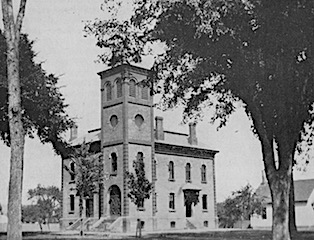 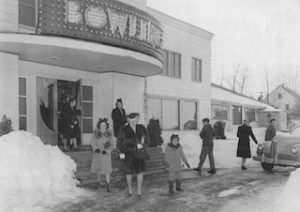 Leaving The Bowling Alley After Mass 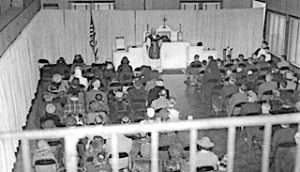 Celebrating Mass At The Bowling Alley 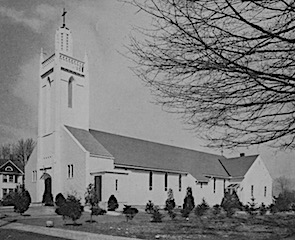